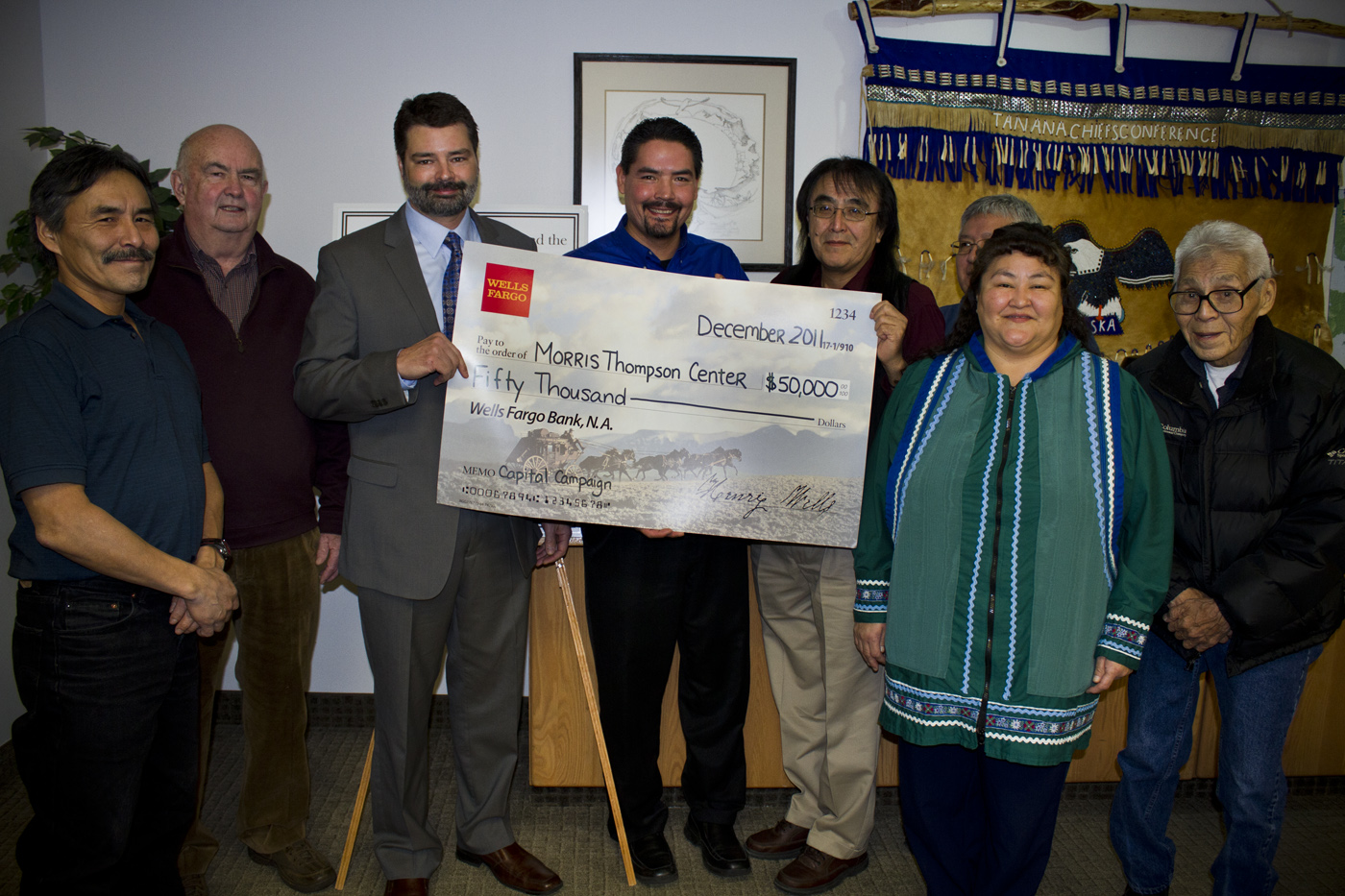 Wells Fargo presented a check for $50,000 today to help complete the final phase of our exhibits. Darren Franz, Wells Fargo Northern Alaska District President, presented the check to MTCVC Board Treasurer Brian Ridley during a Tanana Chiefs Conference board meeting.

“Wells Fargo is thrilled to support the Morris Thompson Center in its mission to celebrate Athabascan culture, promote economic development and foster cultural understanding in the Interior,” said Franz.  “This is an investment in the future of Interior Alaska. We believe we’re only as strong as the communities we serve.”

In 2010, Wells Fargo gave $5,000 directly to support the creation and growth of Alaska Native Cultural programs within the Center. This new gift demonstrates support for the continued growth of these programs that celebrate and preserve the rich Athabascan heritage of Interior Alaska’s first people.

The majority of the Center’s exhibits opened in 2009, however one section was put on hold due to lack of funding. “As a partnership of three non-profit organizations, we’ve taken it slow and moved forward when funding is secure,” said Ridley. “This gift from Wells Fargo is extremely important because it jumpstarts the final effort to complete our exhibits,” said Ridley. According to Ridley, the exhibits that are already installed tell the story of ‘how we live’ in Interior Alaska. The next phase continues that story with a focus on the visitor to Alaska – helping them experience how we live and what we do.

The Wells Fargo donation brings the total raised for the MTCVC project to $29,055,000, with an estimated $200,000 still needed. Construction of the MTCVC facility and Phase I of the exhibits was funded with a combination of federal ($16.7M), state ($7.6M), and private ($4.4M) funds. The project required a small line of credit during the construction phase, but that has been paid off and the Center is now debt free.

More than 100,000 people visited the Center in 2010, and 2011 is keeping pace with last year. According to MTCVC Executive Director, the positive response is overwhelming. “Visitors rave about the friendly staff that help them plan their trip, and Alaskans love the exhibits,” said Schumaker. “It’s music to our ears when a local resident tells us we’ve gotten it right.”